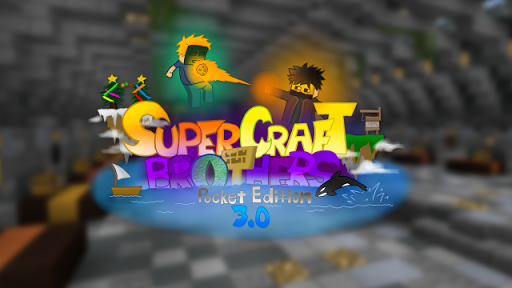 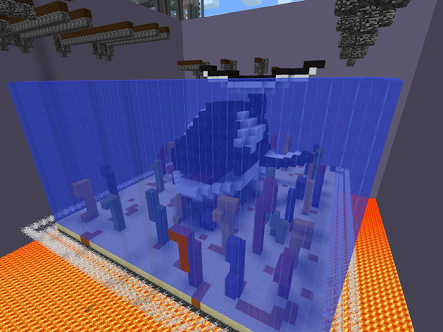 This Map is Not From LanceAwesome After hundreds of hours of work, this PvP map for MCPE is finally
ready!

It's a Pocket Edition version of the Sethbling map on Minecraft PC called Super Craft Brothers. Not a port. Just inspired by Sethbling.

Brief History of this map series:

Version 1.0 was released over a year ago and was by Khooplah, RubenPE, and myself. After much demand, version 2.0 was completed by my map making team at the time, which was called Team Serperior. (Team Serperior members who contrubuted to version 2.0: Khooplah, Sirius, SHiftER2O, XxhexeditorxX, Tengus)

I decided to continue the legacy by building the entire version 3.0, except for the redstone alternatives to select your class, which was done by the amazing FloppyDash (@FloppyDash).

There are 20 new arenas, 20 new classes, and an entirely new layout!

Check out the list of classes available here: http://imgur.com/a/RruV7

This map is meant to play with friends over local multiplayer, but you can also host the map on the iOS app "Multiplayer for Minecraft PE" or on a PocketMine server, which you can look up a tutorial on how to do so.

If you're not aware of how to download and install maps for MCPE, check out the following:


Without further ado, go ahead and download the map for yourself!

If you notice a bug, please tell me on Twitter @SerperiorCraft.

The promotional renders of classes were made by @LongHairedPlays

If you want a download to the full logo by Anji916, here you go: