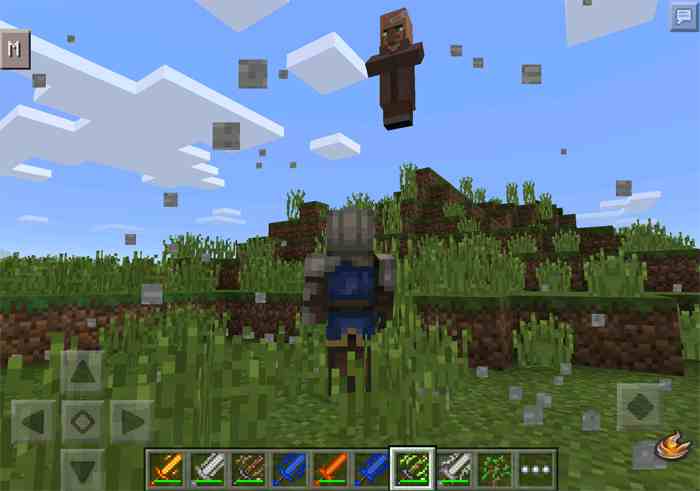 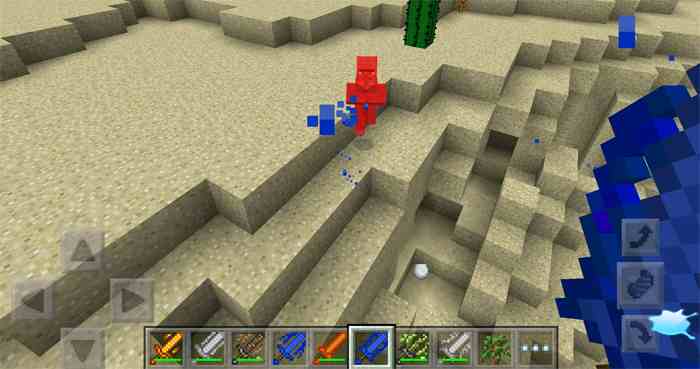 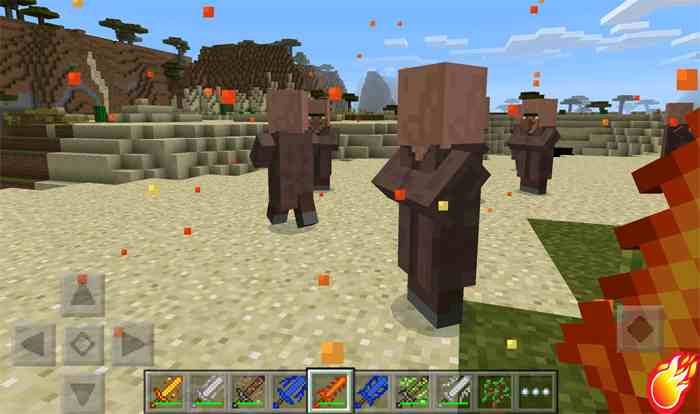 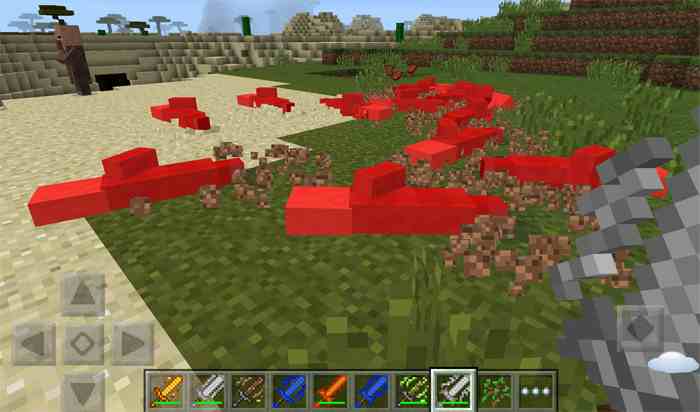 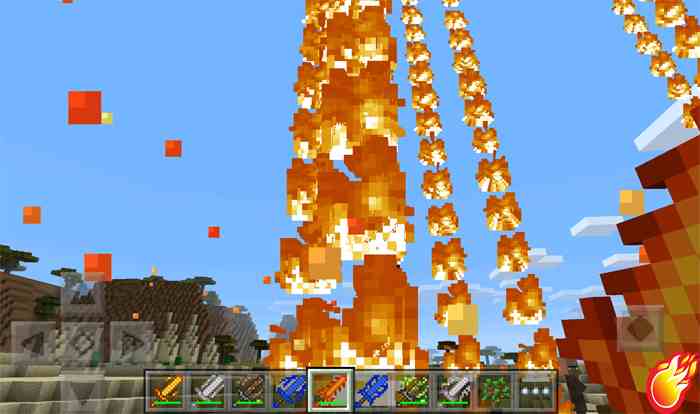 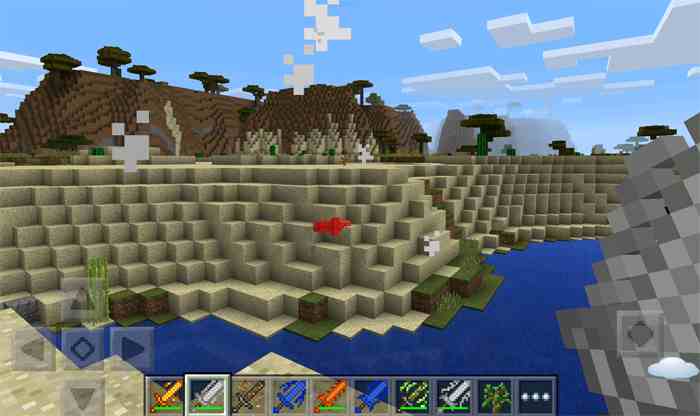 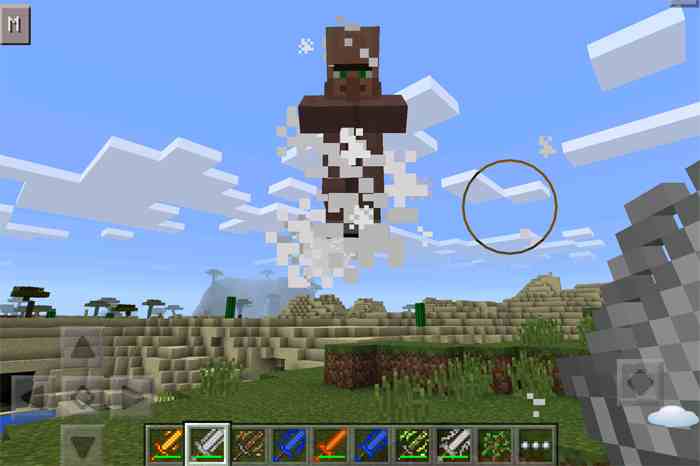 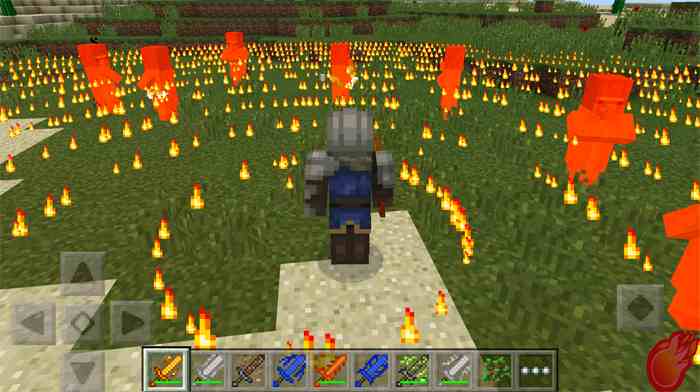 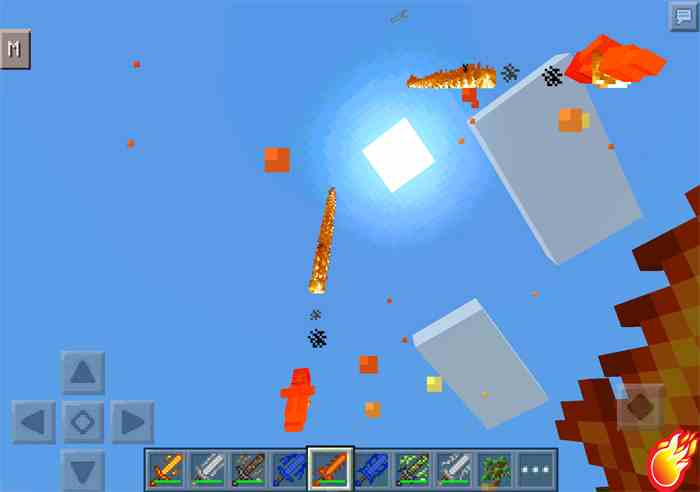 The Elemental Swords Mod adds eight new swords and each of them got a unique power which is somehow connected to its element. One of the swords will cause something like a tornado which will make any nearby enemies to be thrown up into the sky and then die. Another sword will make the nearby mob be launched up into the sky like a rocket but in this case it will also be set on fire. There are a wide range of different abilities and the best way to experience them is to download the mod and see for yourself. Item IDs & Crafting Recipes

This must be one of the more powerful swords because it releases a high-powered wave of fire which will set any living creature within a radius of 15 blocks on fire. Air Sword

After hitting a mob with the air sword the mob will be under your control. It will be floating above ground and anywhere you turn it will be hanging in the air in front of you. But to finish it off you can tap on the cloud button in the bottom-right corner of the screen to throw it away in any direction you like. Storm Sword

This sword unleashes a power similar to a tornado. It will cause any mob in your surrounding to be thrown high up into the air to ultimately fall down to die. Lava Sword

The lava sword will shoot nearby enemies up into the sky and at the same time set them on fire which will ultimately cause them a certain death on impact. Water Sword

When pressing the button some water will be shot at your enemies. It’s probably the most inferior weapon in the mod. Jungle Sword

The jungle sword will cause mobs to be thrown just a few meters up into the air. It’s by no means deadly but can prove useful if you have several mobs attacking you at once. Ocean Sword